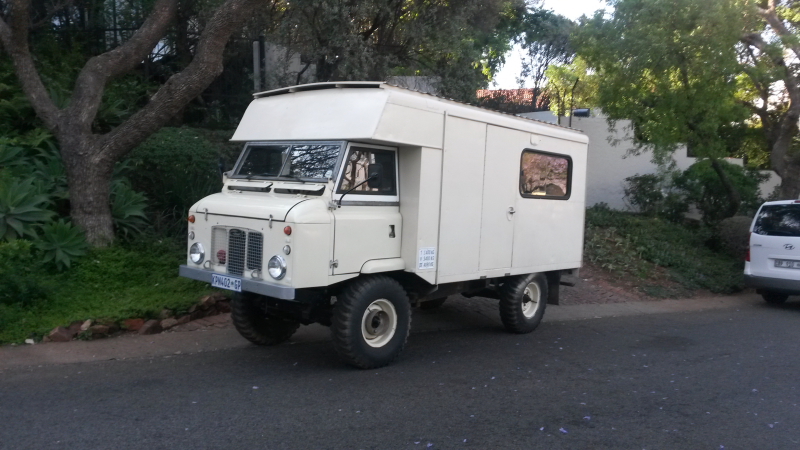 Piper is a Land Rover 110” Forward Control Series IIB manufactured in Solihull, England by Rover-British Leyland U.K. Ltd.  According to the records obtained of Land Rover chassis numbers, Piper was manufactured in March or April 1969.  She is a series IIB with a 6 cylinder petrol engine and came as a completely knocked down kit with right-hand drive for the export market.

The whereabouts of Piper since April 1969 to 1977 is still unknown.  We are not sure whether she was exported directly to South Africa or whether it has been to somewhere else.

We were only able to pick up the trail again in 1977 from the identifications plates found on Piper’s firewall.  According to the first plate Piper is a 1 ton command (Design AB77) truck in the SANDF.  The record reference no is 17565905 and she was custom build for the SANDF under order no KTP88592.

The contract to customize Piper was allocated to Craftsmen Coachbuilders (Pty) Ltd. From Edenvale, Transvaal, South Africa.  It was Contract no CC 001 and the delivery date is stated as 7711.  The production serial number of the vehicle on both these plates is “Proto” which brought is to the conclusion that this was a prototype of this particular design.

From the delivery date (7711) and the design code (AB77) we came to the conclusion that the customised coachwork was done in 1977 and delivered to the SANDF in November 1977.

We are also not sure for exactly how long she was in service at the SANDF before scrapped and sold, or exactly when the previous owner bought her from the SANDF.

The previous owner, Alan Farthing, bought her on an auction from the SANDF.  As a result of her specific application as a Command Vehicle she has not done high mileage.  According to Alan she had only plus minus 10 000km’s on her speedometer when he bought her. Alan also bought a second FC which was a Fire Engine.  He used this FC as a parts donor to rebuild Piper.  On completion what was left of the Fire Engine it was cut up and sold as scrap metal.  Bit by bit Piper was restored and converted into a 4×4 Motorhome for Allan.  It took Alan quite a while to complete the project, but finally it was competed and Piper passed a roadworthy test and was registered in Allan’s name on 15 March 1990.

After many years of happy travelling Alan decided that Piper was due for a make-over.  Piper was completely stripped again and every little part was cleaned, re-sprayed and re-fitted.  At this point Alan also decided to fit a stronger engine into Piper to enable him to travel at higher speeds and maybe use less fuel.  The original straight 6 cylinder engine and gearbox was sold and Alan bought a V8 engine with automatic gearbox.  He fitted the engine and gearbox.  This was not a painless exercise as the engine mountings has to be changed and alteration made on the inside of the cab to fit over the bigger engine.  It was then decided to abandon this idea and Alan sold the V8 engine and started to search for a more suitable diesel engine. In the meantime the half completed Piper was standing in Alan’s yard.

Towards the middle of 2013 Allan decided to relocate to Cape Town.  This decision created two new problems for him.  Firstly he will have to contract some-one to move the half completed Piper to Cape Town and secondly there is no parking space for Piper at his new home.  Hence the decision to refit the cab and sell the FC.  And that is when I saw the advertisement of Piper on OLX on 3 September 2013. 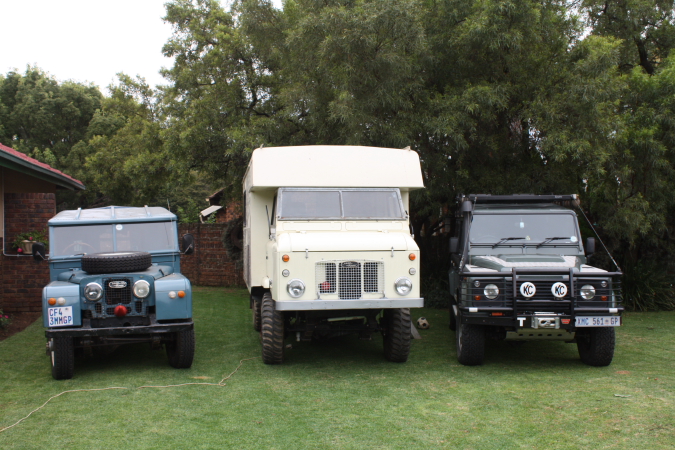