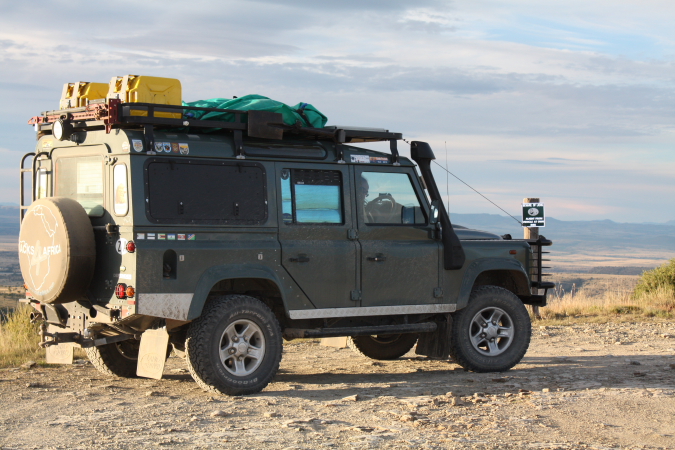 Towards the end of January 2010, shortly after our return from our Caprivi trip, I was assisting a friend who was looking for a second hand 4×4.  During the process of going through hundreds of advertisements of 4×4 vehicles a Land Rover Puma advertised by a dealer in Krugersdorp caught my attention.  My friend was looking for a Toyota Hi-Lux or Fortuner and was not interested in a Land Rover at all.

For a couple of days I kept on thinking about this Defender and also contacted the dealer to get more information. I had no intention of buying another vehicle but the idea of owing a Defender again (I had a Defender prior to buying the Discovery) started to grow on me.

I had very little knowledge of the puma (Ford) engine used in the Land Rover Defenders so I called on another friend of mine who is a Land Rover salesman.  The purpose was to find out from him whether they experienced any problems with these Land Rovers and if so what was the nature of these problems.  After answering all of my questions he asked me what the reason behind it all is as he knew that I am driving a Discovery (Mattewis).  I told him about the Defender that I saw advertised en mention that I am interested in it.  He then told me that he has a similar Defender in stock as a demonstration vehicle and offered it to me at a better price than the one advertised.  At this stage Gerida had no idea that I even considered the possibility of buying another vehicle.

That afternoon I drove past the Dealership where he is working and had a look at the vehicle, and the whole idea just of buying a Defender just started to become more and more of a reality.  That evening I discussed the whole idea with Gerida who at that point was not really interested as she liked the Discovery very much.  However, I convinced her to go with me the next day after work to have a look and maybe take the Defender for a test-drive.  To cut a long story short, that evening we discussed it again and decided to buy the Defender (Shrek).  On Friday, 22 January 2010 we signed the offer to purchase Shrek. 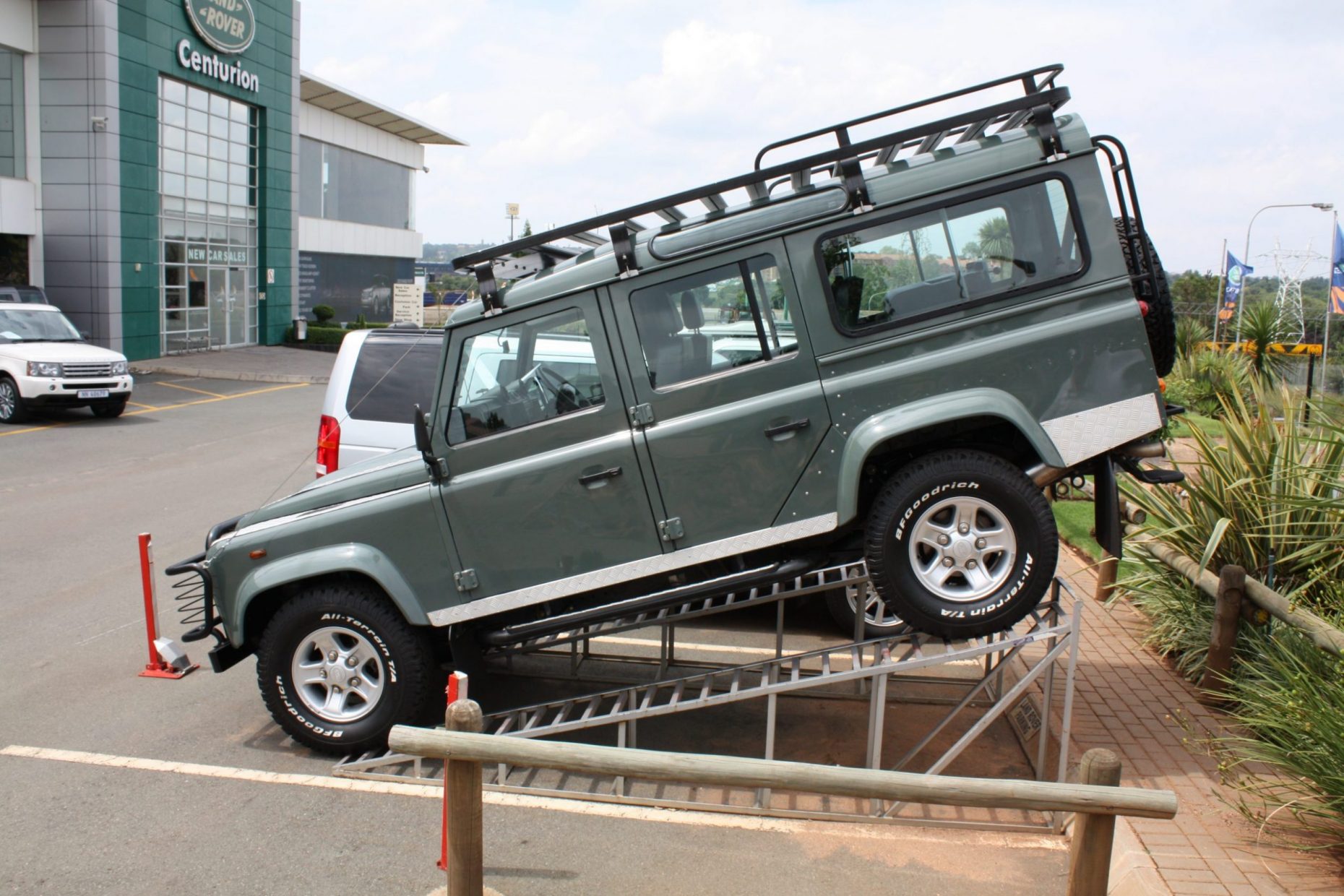 The only aftermarket equipment fitted to Shrek was a roof rack and bulbar from Frontrunner.  The next few months was very exciting sourcing and fitting equipment to get Shrek ready for our trips and ventures into Africa. 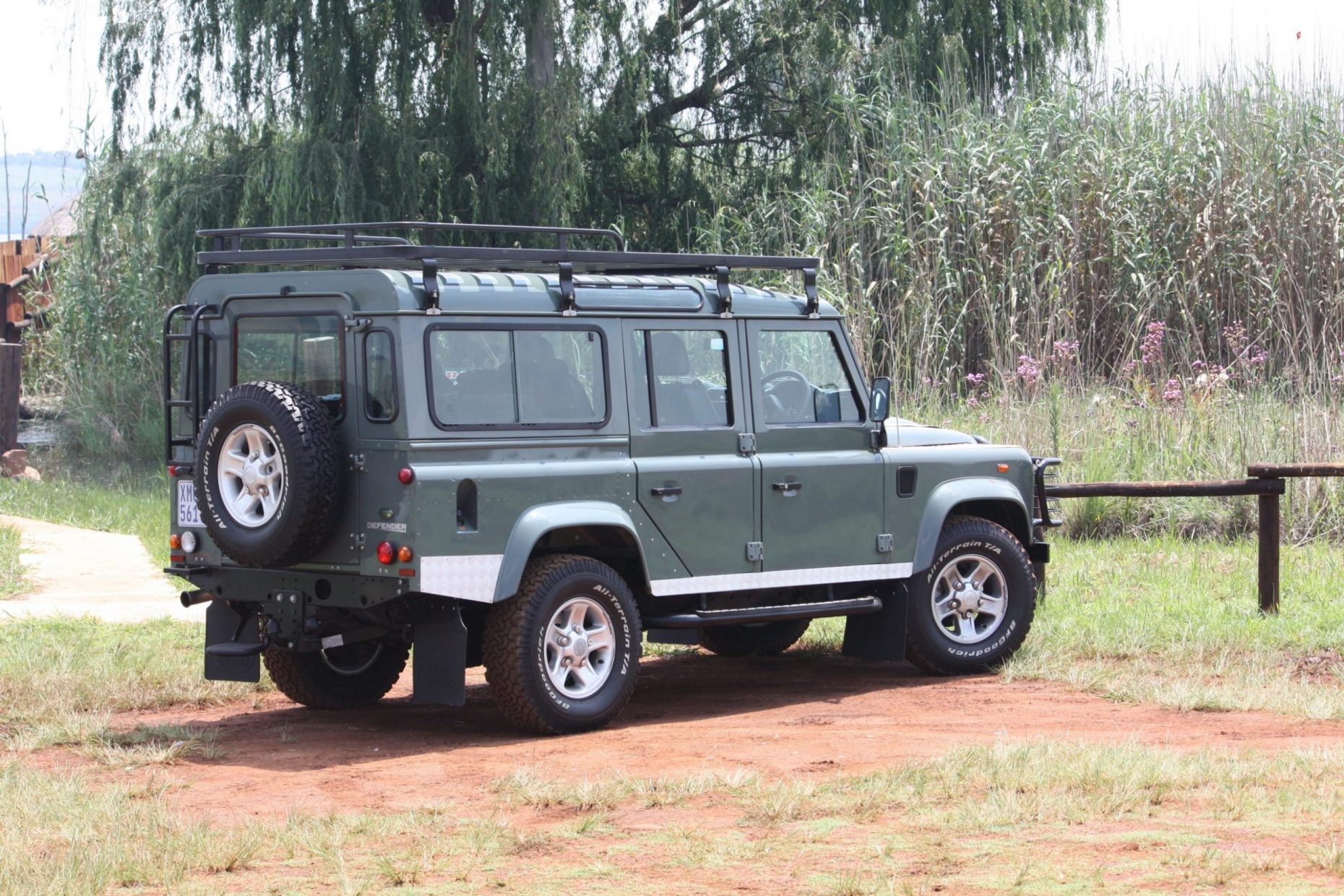 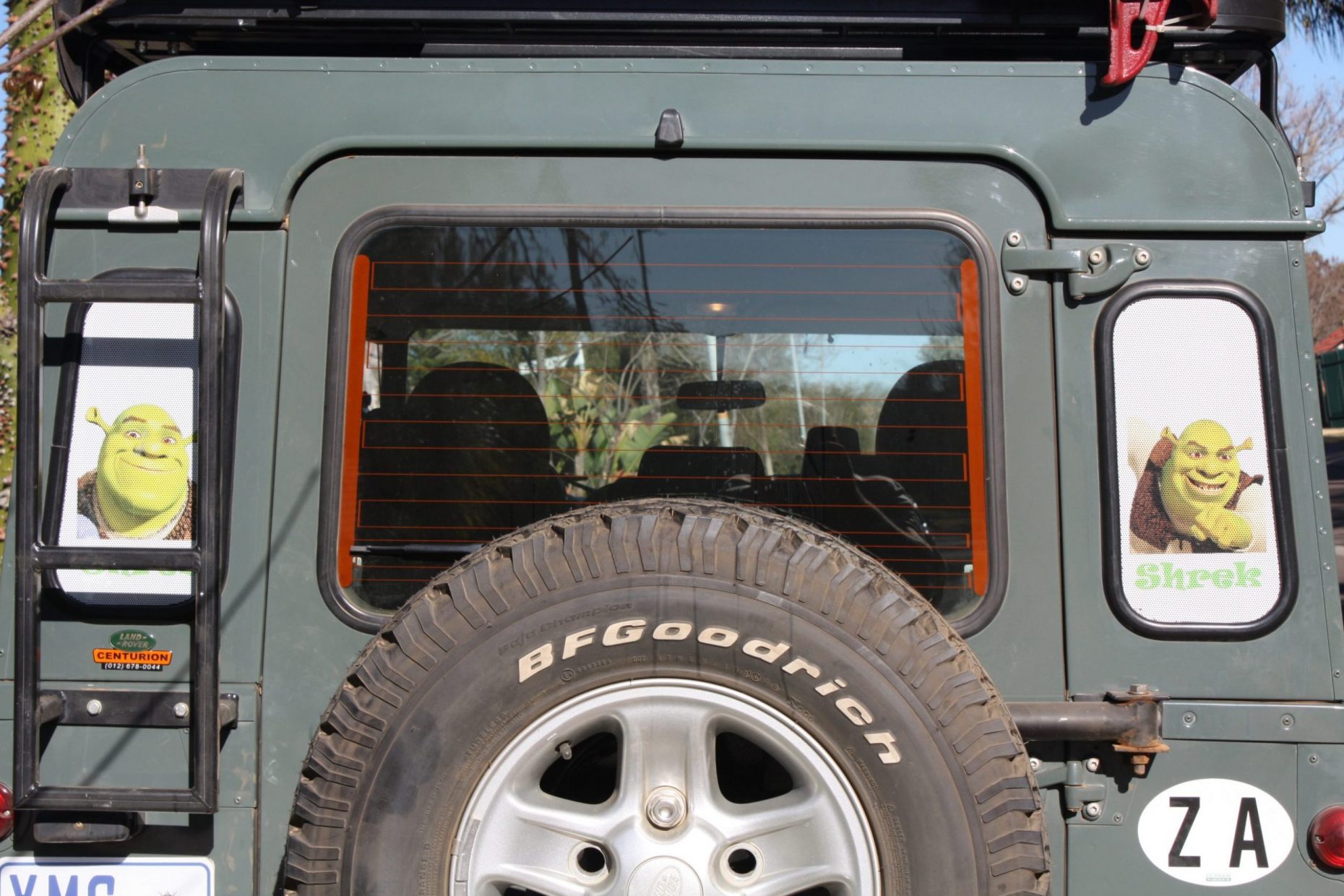 The first addition was a National Luna dual battery system to power our camping fridges at a total cost of R 5 392.  That was followed by a bracket for the high lift Jack (R 386) and four diesel (yellow) Jerry Cans and holders (R 1 280).  As I know that the structure of the rear door on a Defender is too weak to carry the weight of a spare wheel over rugged terrain I also fitted a spare wheel carrier at a total cost of R 1 200.   Al of this was done before the end of May 2010. 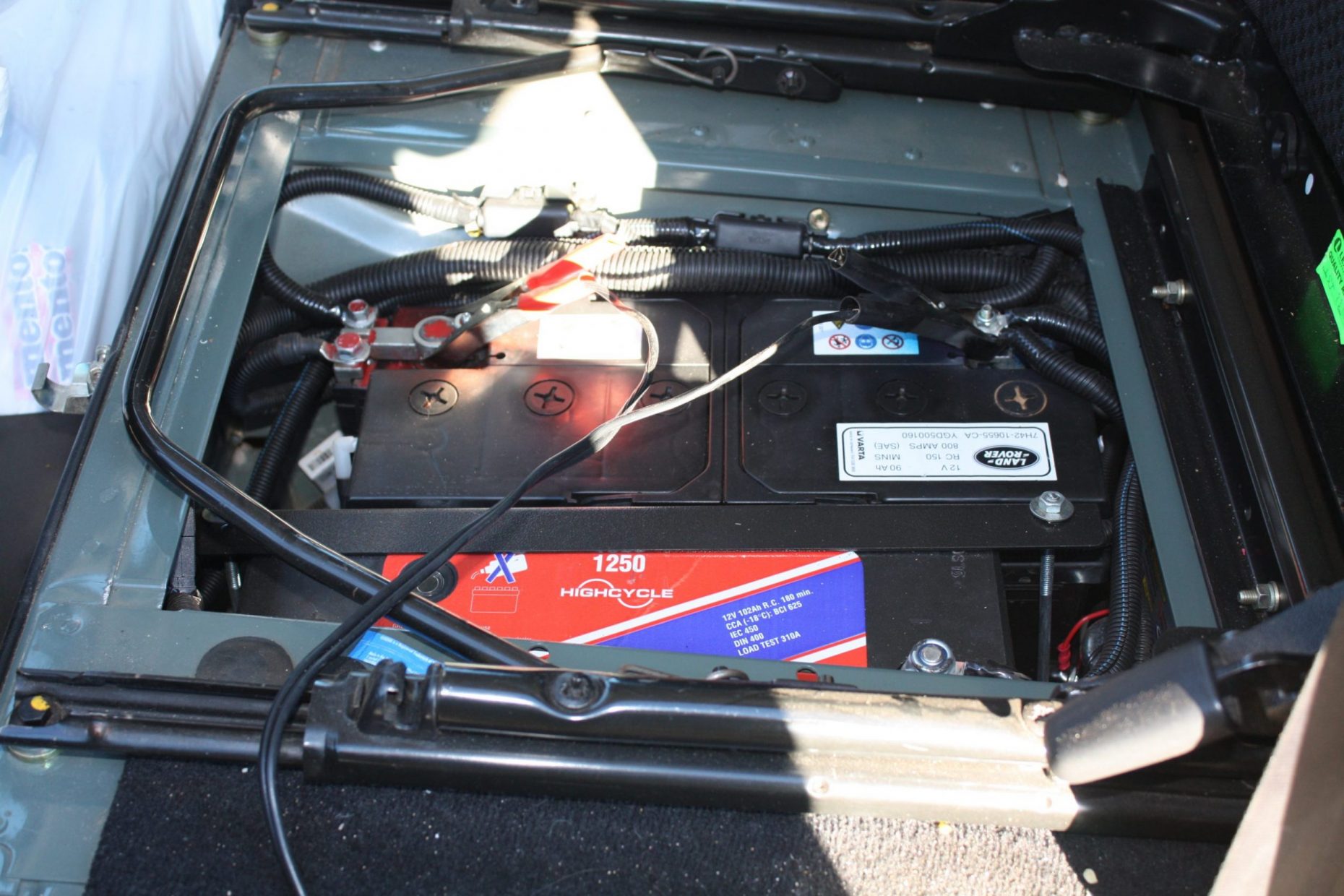 During July 2010 I bought a second hand drawer system still in an excellent condition for R 4 500 and fitted that into the back.  I also bought a Spare wheel cover from T4A for R 495.

Next was a 36liter water tank, a 45liter auxiliary fuel tank, a console safe, tail light protectors, a steering guard and a front diff guard all from Frontrunner at a total cost of R 10 195.  For an additional R 720 Frontrunner also fitted recovery points on Shrek.  From Bushpower we bought a 80watt solar panel with a regulator for R 3 420 which were fitted with plug points, solar lights and a work light at the back at a cost of R 2 725. Shrek in Botswana displaying Solar panel and other equipment

With all of this fitted Shrek was ready to the first trip into Botswana.  During this trip we tested all the equipment and also determine what else was needed to make Shrek a real overland touring vehicle.  During 2011 we equipped Shrek with a Warn Winch for which we had to replace the bulbar with one that has mounting plates for a winch.  The bulbar that we bought Shrek with had no place to fit a winch and modification did not seem like a good option.  Total cost was R 19 544.  Another addition was a packing system in the back R 3 317) and two gullwing doors (R 6 570) that replace the rear side windows to allow for easy access to our two National Luna fridges.  We also installed two Window Vents in the two rear doors to assist with ventilation for the fridges – R 533. 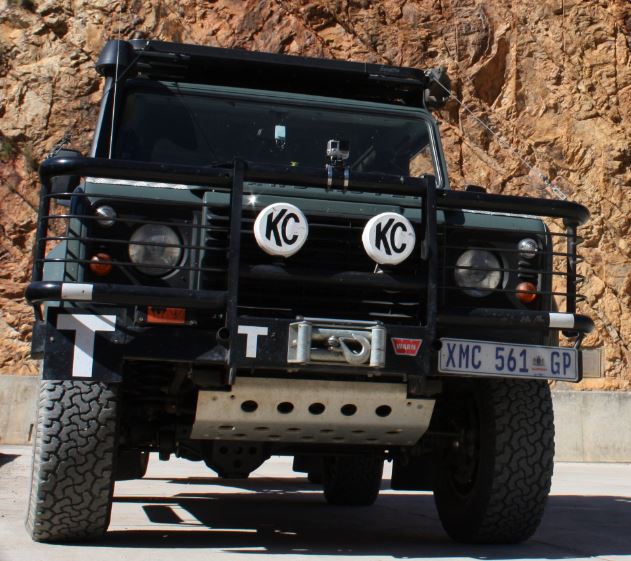 The weight of all the additional equipment together with normal wear and tear has impacted on the suspension of Shrek.  During February 2013 we upgraded the suspension by fitting EFS coil springs and shock absorbers at a cost of R 13 623.  This has made a noticeable difference in the handling and driving comfort of Shrek. 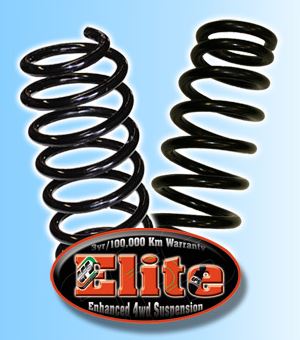 Excluing the cost of upgrading the suspension (considered as normal wear and tear) the total cost to equip Shrek to our needs was R 65 287.  All of this considered money well spent as it adds to our confidence and comfort when travelling into the most areas that Africa has to offer. 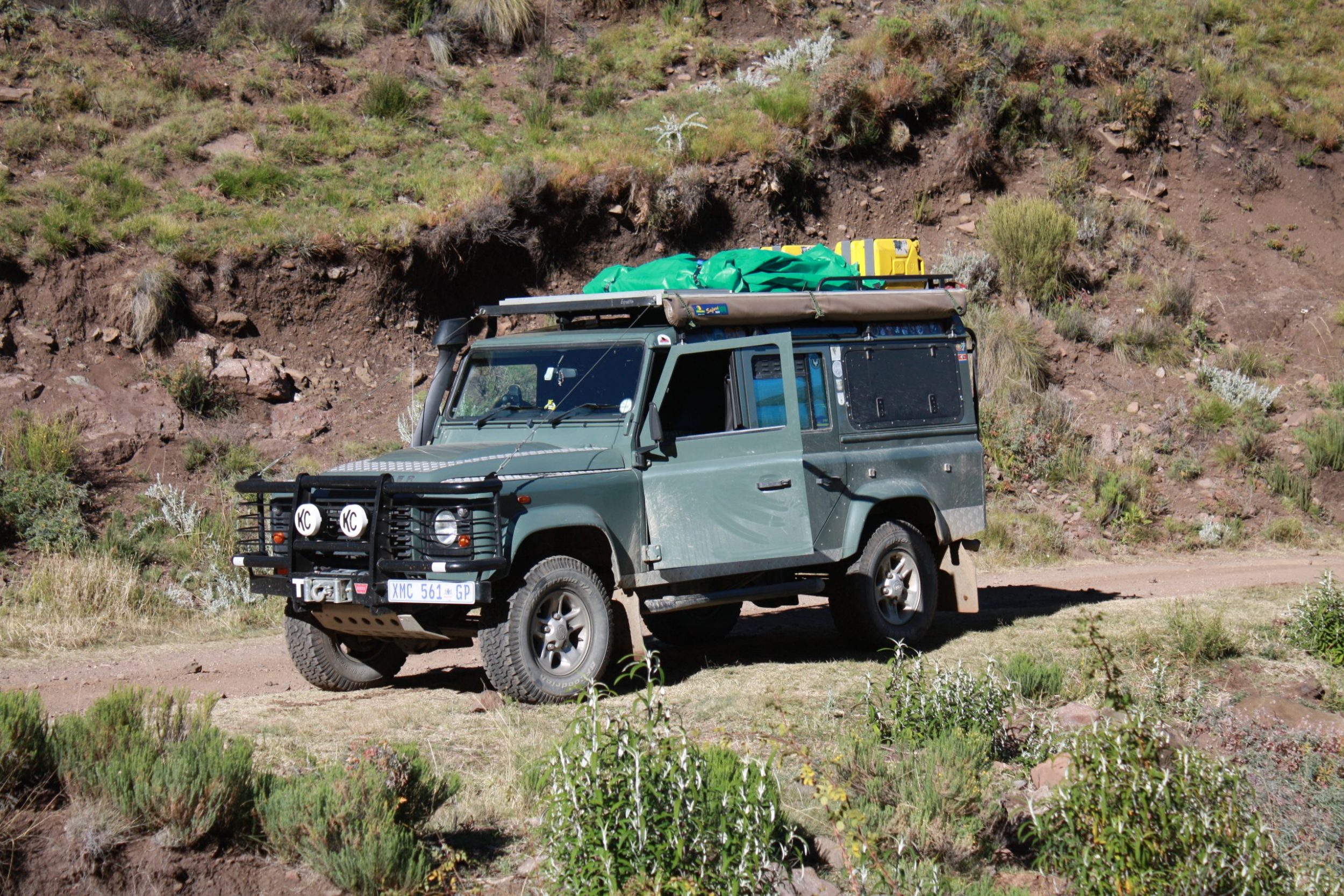 For our trip to Malawi we have decided that it is time to replace Shrek’s tyres.  Although they were good for another 10 000 to 15 000km they were already six years old and has done 95 000km.  They now started to show cracks and the concern was that we might get a blow-out with the heavy load, heat and long distances on tarmac.  Shrek was fitted with BF Goodrich All Terrain tyres and are careful consideration of all options which included other brands and also mud terrain tyres it was decided to stay with BF Goodrich and we fitted the new All Terrain KO2 tyres. 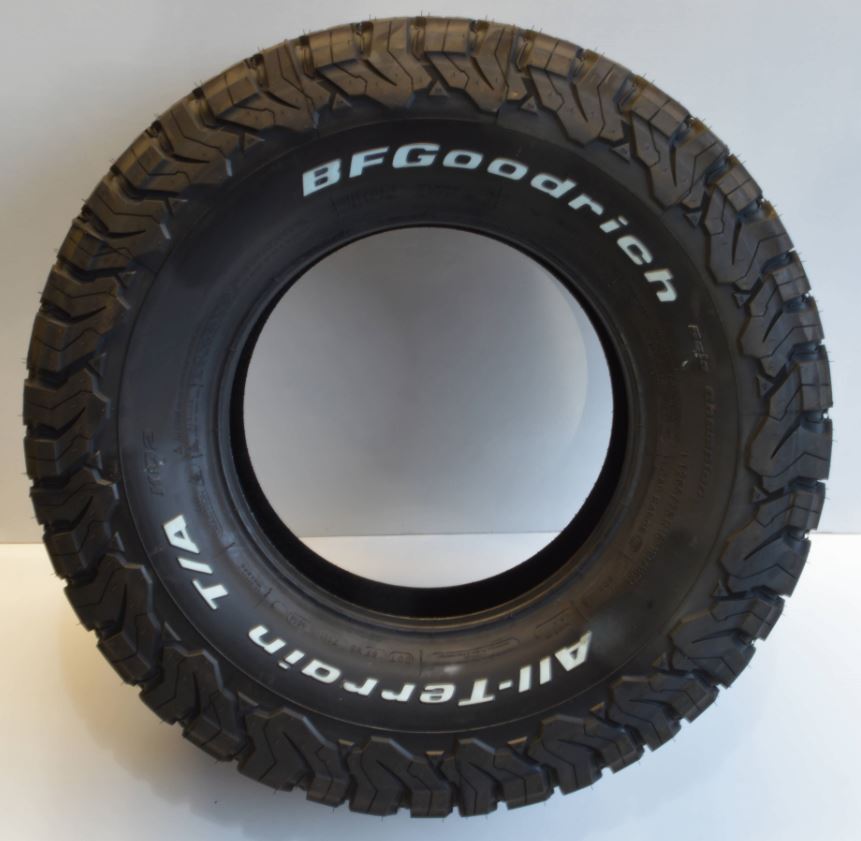 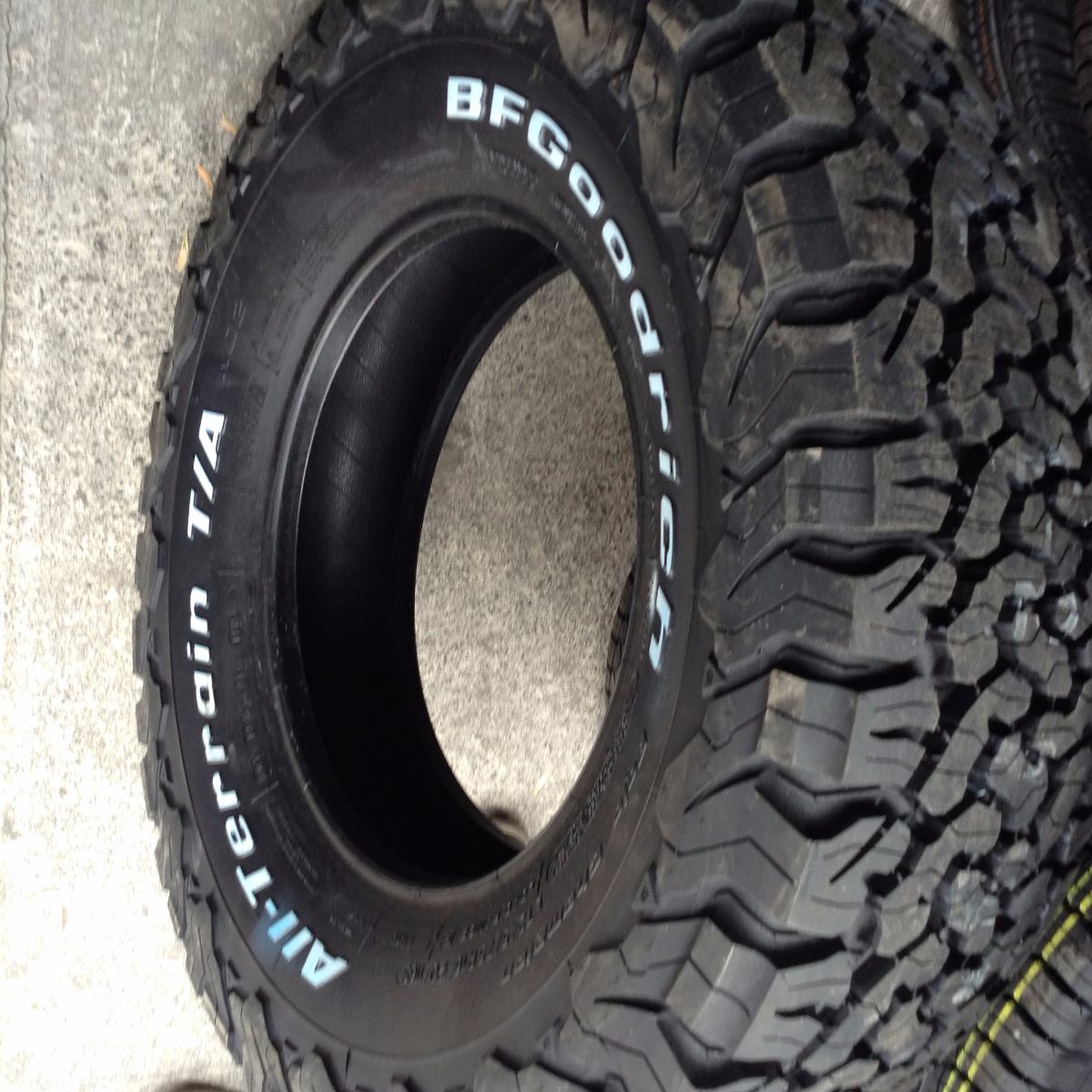