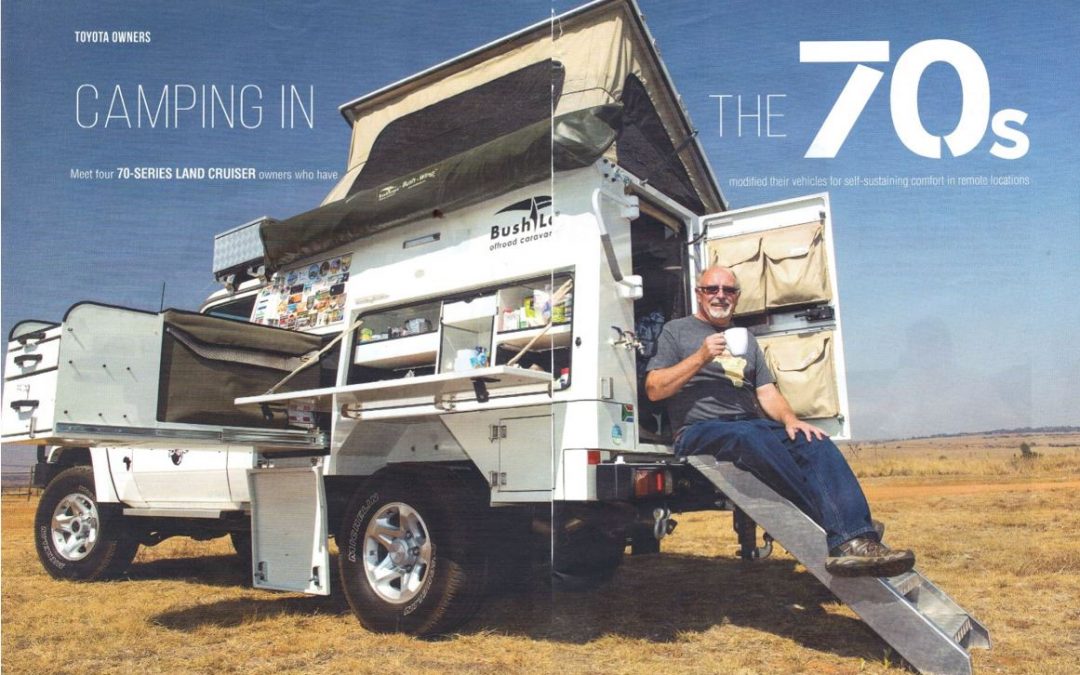 Earlier during 2019 Toyota was asking Toyota 70 series owners who has customized their vehicles for self-sustaining comfort in remote locations to contact them for the possibility to have their stories published in the Toyota Connect magazine.

I responded immediately and shortly afterwards was contacted by the Editor with whom I had a long telephonic interview.  Shortly after that they contacted me again to arrange for a photo shoot of my vehicle.

The story of our Landcruiser was published in issue 15 (October/November 2019) of the Connect magazine of Toyota South Africa.

Herewith copies of the photos and article as published with recognition to Toyota South Africa. 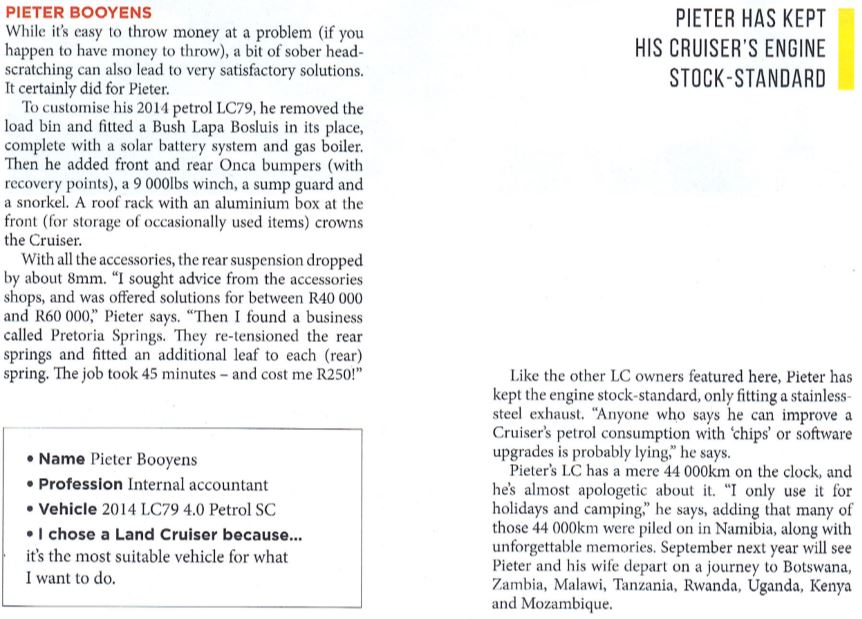